Kes Reimagined released on DVD and Blu-Ray with Opus Arte. They are the leading distributors of Opera, Ballet, Theatre and music performance with the film available to buy worldwide

Jonathan has been selected for a Dance Fellowship as part of the Clore Fellowship Artistic Leadership Programme joining a dynamic and diverse cohort of 20 others from all areas of the arts.  Click Read More for Press Release.

Kes Reimagined officially selected for the 39th International Festival of Films on Arts 2021. Online festival from 16th March to 28th. Click Read More Above for Info.

Kes Reimagined will be streamed on YouTube from 7pm (BST) May 19th and then for 30 Days. Click Read More to go to the link.

Kes Reimagined is available to watch on BBC iPlayer for 30 days. Click ‘Read more’ to watch. After the film premiered at the Leeds International Film Festival on November 7th and it’s Broadcast on BBC Four on November 19th.

Jonathan reimagines ‘A Kestrel for a Knave’ by Barry Hines as a new dance film for the screen. Commemorating the 50th anniversary of KES a film by Ken Loach in November 2019. The film made in collaboration with Director for camera Ross MacGibbon and The Space will premiere on 7th November at Leeds International Film Festival followed by s screenings at Sheffield Showrooms 8th Nov, Square Arts-Halifax on 9th Nov and The Tyneside- Newcastle on 10th Nov. See the trailer by clicking ‘Read More’ 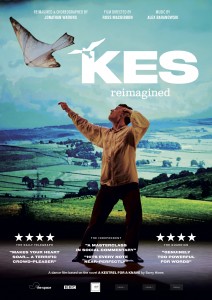 Reason To Stay Alive opens with a sold out run at Sheffield Theatres and goes on a UK Tour with English Touring Theatre. #ReasonsPlay 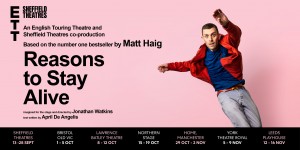 Jonathan creates a personal and intimate solo for Lauren Cuthbertson’s curated evening at The Joyce Theatre, New York with 3 performances on 10/11th August 2019. Music is by Hannah Peel After Ravel and is part of a full evening of new works.

Jonathan imagines Matt Haig’s accessible and inspiring book for the stage with text by April De Angelis. He directs this new play that deals with Matt’s struggle with depression through words, movement and music and is a Co-production with Sheffield Theatres and English Touring Theatre. World Premiere in September 2019 at Sheffield Studio Theatre followed by a UK Tour including Bristol Old Vic, LBT Huddersfield, Northern Stage, HOME Manchester, Theatre Royal York and Leeds Playhouse. #ReasonsPlay 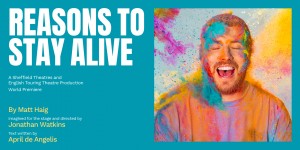 Jonathans’ Award-winning adaptation of George Orwell’s 1984 with Northern Ballet is now available on DVD and Blu-ray by Opus Arte. Buy on Amazon 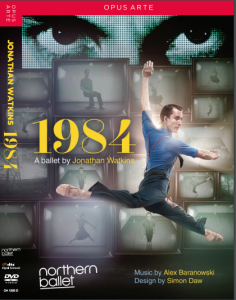 Jonathan is Movement Director on the 30th anniversary revival of Jim Cartwright’s ‘Road’ at Royal Court Theatre. Working with Director John Tiffany and a stella cast it opened on July 29th to rave reviews and runs until September 9th.

Jonathan was thrilled to receive the award for ‘Best Classical Choreography’ at The National Dance Awards Critic Circle for his adaptation of Orwell’s ‘1984’. The work which he created for Northern Ballet was honoured in a ceremony that took place on 6th Feb, 2016 at Sadler’s Wells and honoured both classical and modern dance created between 1st September 2015 and August 2016.

1984 is now available to stream on WeTransfer website for a limited time.

Jonathan’s production of 1984 for Northern Ballet has won the South Bank Sky Arts Award for Dance. Announced at the Award ceremony held at The Savoy, London on June 5th which will be broadcast June 8th at 8pm on Sky Arts.

BBC Arts Online and The Space have made the full production of 1984 a ballet by Jonathan Watkins available to stream internationally for the next two months. After being broadcast on BBC Four in February and the live UK Tour now being over, the opportunity to watch Northern Ballet’s incredible dance actors perform Jonathan’s adaptation of this iconic novel is accessible to all.

‘1984’ has been nominated for a South Bank Sky Arts Award 2016. The production that Jonathan created for Northern Ballet had its world premiere last September and has been nominated in the dance category. The prestigious awards focus on the arts in their entirety and the ceremony will be shown on Sky Arts on 8th June.

Jonathan’s adaptation of 1984 for Northern Ballet has it’s London Premiere at Sadler’s Wells Theatre from 24th May until 28th May, 2016. Tickets available via the Link

Jonathan joins the discussion ‘How The Future Looked From The Past’ as part of The Bradford Literature Festival on May 22nd 2016 at 1pm.

See ‘1984’ a Ballet by Jonathan Watkins and created for Northern Ballet on BBC iPlayer for the next month. Captured by The Space and BBC Arts at The Manchester Palace Theatre, Jonathan’s adaptation of Orwell’s modern classic is available to stream on BBC iPlayer until March 28th, 2016.

Jonathan’s adaptation of George Orwell’s dystopian masterpiece is to be shown on BBC Four. The production created for Northern Ballet and filmed at The Palace Theatre, Manchester will be broadcast on Sunday, February 28th at 19.30 on BBC Four. It will be then available for 30 days after the transmission on BBC iPlayer. 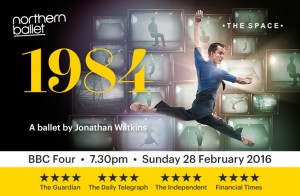 1984 Nominated for The Manchester Theatre Awards

Jonathan’s adaptation of 1984 for Northern Ballet has been nominated for Dance at The Manchester Theatre Awards. Winners to be announced on March 4th at Manchester’s new HOME venue.

Tickets now on sale for 1984 A ballet by Jonathan Watkins at Sadler’s Wells, London. The critically acclaimed Northern Ballet production has its London Premiere May 24th-28th, 2016

Tour dates and tickets now on sale for Jonathan’s adaptation of Orwell’s Modern classic 1984 with Northern Ballet. Premiering 5th September, 2015 at West Yorkshire Playhouse before a UK tour and performances at Sadler’s Wells Theatre in May, 2016.

CRASH will premiere at The Bass Performance Hall, Fort Worth-Texas on May 29th

Jonathan will be creating two new works to premiere at two different Gala performances in March 2015. The first taking place at The Leeds Grand Theatre and in celebration of 45 years of Northern Ballet on March 14th, 2015. The second as part of an inaugural Gala performance in support of the Ann Maguire Arts Education Fund to take place at Sadlers Wells Theatre on March 22nd, 2015. He will be bringing together The Hackney Colliery Band live on stage in collaboration with dancers from The Royal Ballet.

World Premiere of 1984 for Northern Ballet

Jonathan is excited to announce he will be creating a new full length adaptation of George Orwell’s modern classic 1984 with Northern Ballet. The World Premiere will take place at The West Yorkshire Playhouse, Leeds in September 2015 before a major UK tour throughout Autumn 2015 and Spring 2016.

Jonathan will create a new work for Texas Ballet Theater’s 14/15 season premiering at The Bass Performance Hall Fort Worth, Texas in May 2015. With a new score by Texas native Ryan Cockerham, Designs by Kari Perkins and Lighting Design by Tony Tucci.

Jonathan will premiere his new work Present Process for Ballet Manila, Philippines in October 2014 at The Aliw Theatre

KES at The Yorkshire Festival

Jonathan is happy to announce his dance theatre re-imagining of the modern classic ‘A Kestrel for a Knave’ by Barry Hines. The world premiere will take place at The Sheffield Crucible Theatre from 27th March- Sat 5th April, 2014 . With new music by Alex Baranowski, Design by Ben Stones, Puppetry Design and Direction by Rachael Canning, Lighting by Mark Henderson and Sound Design by Nick Greenhill.