‘This is gripping storytelling- the ballet equivalent of a page-turner’

‘Watkins has taken narrative ballet to a new level of innovation in a production that clearly conveys the novel’s essential themes, without a word of Orwell being spoken’

‘Slick moves in a brave new take on Orwell’s masterpiece’

‘exudes tension and anxiety, switching with lighting ferocity through the emotional gears’

‘A masterstroke in dance’

‘Watkins’ production is as chilling as Orwell’s original vision’

‘George Orwell’s dystopian novel is a challenging subject for the wordless medium of dance, but this is a slickly impressive piece of staging in which movement, music, design and striking visual effects make a strong combined impact’

‘a Gesamtkunstwerk, a total work of art’

The State of the Arts

‘1984 is an innovative and thought-provoking modern work’

‘The production is dramatic, moving and utterly enthralling, and a beautiful adaptation of the original story’

‘What is so extraordinary about Barnsley-born choreographer and director Jonathan Watkins’s witty and moving adaptation is the grace and beauty which he imparts into such bleak circumstances – an everyday life faithfully and unromantically imagined but one where the human spirit still battles to soar free’…..

‘Watkins develops a symbolic language which, in its latter stages, becomes genuinely too powerful for words. The newspapers Billy delivers come flying back, first held aloft by the ensemble to suggest the snap and thrust of wings; then later containing the fish and chips which he buys instead of placing his older brother’s bet, leading directly to the destruction of the kestrel’

‘Watkins has taken a story rooted in Yorkshire soil and turned it into a leaping, soaring work of dance. It takes some nerve to do that. He has looked this extraordinary challenge in the eye and faced it down. Kes was the name of the film based on the book A Kestrel for a Knave written by Barnsley native Barry Hines.

‘The book and the film were both instant classics, mining the truth about working class life in the North of England in the late 1960s. They also spoke eloquently of the importance of hope when it comes to survival. Hines also knew that survival without hope is just existence and that’s what many thought the working class of the North were doing – existing; little better than animals. Hines showed the humanity in all humans with his wonderful story. Watkins has done the same with his dance work inspired by Kes’

‘A beautiful and heart-breaking piece of work’ 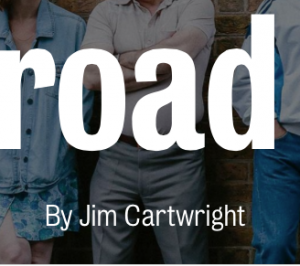 ‘There are many moments of wild, cartwheeling beauty. Sissay’s Scullery dances a duet with a shopping trolley to the swelling strains of Swan Lake’

‘Tiffany’s production highlights the play’s poetic lyricism in several ways: Scullery does a pas de deux with a shopping trolley to the sounds of Swan Lake, and the whole cast also engage in a climactic ritual that hints at the human potential for happiness’

‘Jonathan Watkins’ movement grounds the piece and then contributes to a beautiful climax, as those gulfs – between young and old, male and female, neighbours blinkered by their hopelessness – are bridged for just one moment’

‘Tiffany’s worked with movement director Jonathan Watkins to add some real delicate theatricality in the second half. A fine example being Sissay’s waltz around the stage with a shopping trolley. These moments stick out, in particular the final scene: an ensemble dance piece that conveys their longing to be rid of their dead-end lives’

‘..with rhythmic, often anarchic movement and a superb selection of songs – the final moments, played out to Elbow’s Lippy Kids, are the production’s finest’